In Britain, café culture took a slightly different path in its historical evolution. The cafe, of “caff”, is an establishment typically dedicated to typical fast food for working men: bubble and squeak, burgers, fried egg and bacon, fried bread, baked beans and so on. Usually, these establishments do not serve alcoholic drinks nor coffee, but only tea. The “cafes” were quite distinct from the “public houses”, or pubs, where one could ask for an alcoholic drink without ordering food.

Nonetheless, the proper “café” tradition is as old as in its European counterparts (namely Austria and France as said before ). As early as 1675 there were already more than 3,000 coffeehouses in England; later, in 1739, there are records of more than 500 establishments like these in London alone. The French writer Abbé Prevost then said that 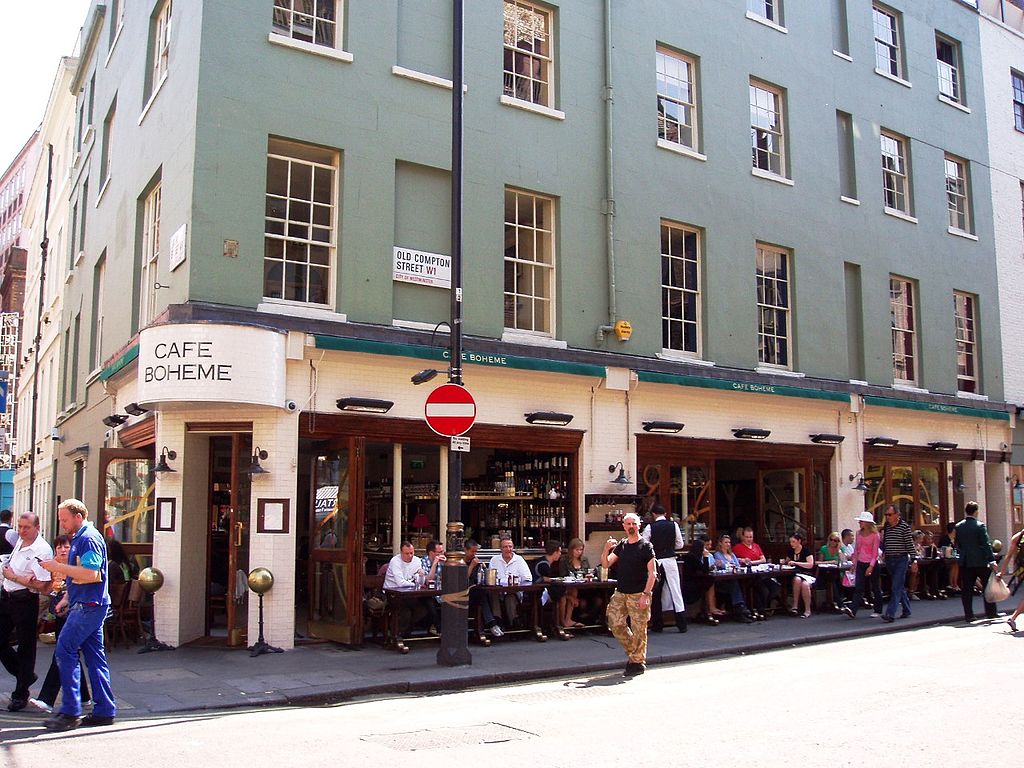 the coffeehouses were “the seats of English liberty”, underlining the role of cafés as places of social meeting, debate and spread of Enlightenment ideals again.

Check out some of the best cafés in the United Kingdom today.

Opened in 1949, the Bar Italia reminds us of a bohemian Soho before its gentrification. The old Gaggia machine and some other details help to create a scene of the 1950s.

Also in Soho, the Algerian Coffee Stores are worth a visit for the variety of the tea and coffee offer: more than 80 varieties of beans, spices, mochas and more.

The Kardomah echoes the original establishment that housed a group of artists from Swansea in the 1930s, and that was later razed by the German Luftwaffe in 1941. The current establishment opened in 1957.